As Elise responded to her professional calling, the words of Margaret Mead lit up every step along her way: “Never doubt that a small group of thoughtful, committed citizens can change the world. Indeed, it is the only thing that ever has.”

Therefore, in spite of the doom prophets and naysayers who said: ‘it won’t be easy,’ Elise continued and found (SA)UEO in 1998, because she believed ‘it was necessary.’ More than two decades later, she remains a progressive, purpose-led leader, steadfast on course with the ultimate vision that originally inspired this organisation: to be a safe harbour for leaders to anchor at, amidst the never-ending business ebbs and tides.

Says Elise, ‘Now, more than ever before, in this new, post-pandemic world, we as business leaders have an unparalleled opportunity to rise up and solve the issues of our economy, our societies and our communities. So, as we have no choice but to rebuild, it is my personal pledge to help support our businesses to rebuild for good, and to encourage one another to not just focus on making an income, but making an impact. I invite every business leader out there, to join hands with us, to accomplish exactly that.’ 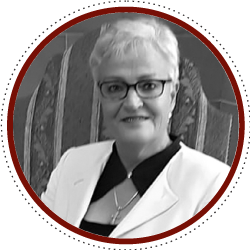 DRIVEN TO MAKE AN IMPACT,
FOR THOSE WHO ARE MAKERS OF IMPACT… 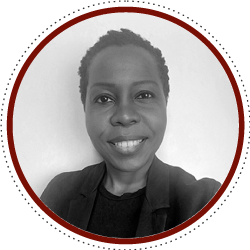 SUPPORTING THOSE WHO CREATE THEIR OWN LIVELIHOODS, CREATES MORE LIVELIHOODS…

It is not so much the corporate spotlight that fascinates Erikka, but the opportunity to assist those who are unemployed to carve out a living for themselves in the informal sector.

To this end, in both her capacity as Managing Member of Liel Consulting and former Board Member of The Job Club, Erikka has devoted the majority of her professional career to hands-on training and development of these brave enterprising spirits, with a focus on honing their business and financial acumen.

Says Erikka: ‘By 2018, statistics indicated that about one in every six workers in South Africa, were employed in the informal sector, and that informal enterprises provided work and income for more than 2.5 million workers and owner-operators.

Now that we find ourselves in an intra-pandemic world, these figures will no doubt increase exponentially. As such, it is my personal mission to encourage these informal enterprises to take hands with (SA)UEO to safeguard their own livelihoods, as well as all the livelihoods of those who depend on them. As best captured in an age-old African proverb: “If you want to go fast, go alone. If you want to go far, go together.”

David is a true advocate for fostering symbiotic workplace relationships that serve all at hand, based on mutual respect, credibility, consistency, transparency and trust.

A wise person once said that you cannot criticise another; unless you have walked a mile in his shoes. During his career that spans forty plus years, David has been able to do just that – as he fulfilled a multitude of different positions that enabled him to drive positive transformation from both employers and employees’ sides. This for example ranges from serving as Group Industrial Relations Manager for a leading banking institution in South Africa – to playing a notable role in successful negotiations that led to merging NUBESA and SABEU with the South African Society of Bank Officials.

Today, as Vice Chairperson of (SA)UEO, David remains committed to cultivating an open, collaborative spirit among all parties involved, including CCMA’s and bargaining councils, to help our members build their people, who will in turn, build their businesses.

Says David: ‘The only way to consistently ensure positive outcomes for everybody involved, is by displaying uncompromising ethics and morals, coupled with deep respect and understanding of the vibrant and diverse cauldron of cultures that make up our Rainbow Nation.’ 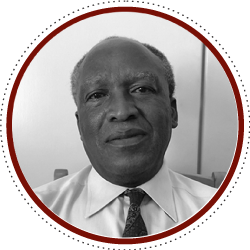 WE HAVE TO BUILD OUR PEOPLE, BECAUSE IT IS AFTER ALL, PEOPLE WHO BUILD OUR BUSINESSES… 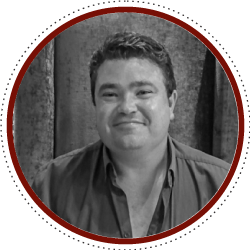 IT IS OUR MISSION, TO BUILD A NEXUS BETWEEN FINANCE AND HUMAN RESOURCES PRACTITIONERS…

For this reason, as the only (SA)UEO EXCO member whose professional roots are in finances – as opposed to labour law and industrial relations – Adriaan is inspired to leverage this platform optimally, to help build a bridge between the accounting profession and the human resources profession.

In this post-pandemic economic recession, which businesses will no doubt feel the impact of for many years to come, this is more important than ever. But, when everything seems to be uncertain, there is also something to be said for the fact that you can count on some things for certain.

Says Adriaan: ‘I take full ownership of my responsibilities as part of this organisation, to help ensure we remain a Rock of Gibraltar for businesses in South Africa, amidst this vast ocean of political, economic, social and environmental instabilities.’

Marlene cut her teeth in education, training, and development at the SANDF College for Educational Technology in 1995 and eventually spread her wings further, by founding Khulisane Academy in 2003, to facilitate skills development across multiple industries, in line with the South African NQF Act, the B-BBEE Act, and the EE Act.

We now find ourselves in a ‘digital-first’ era that continues to evolve faster than ever. Coupled with the new types of capabilities that will be required in the future world of work, Marlene is committed to help wake businesses up to the fact that skills development is no longer optional, but absolutely essential.

Says Marlene: “We’re empathetic to the fact that businesses had to cut costs and resources to the bone to survive the COVID-19 economic recession. But as we move forward on what feels like a foundation of uncertainty, the words of Wilbur Wright will always ring true: ‘It is possible to fly without motors, but not without knowledge and skill.’ The only way we will make it in this ever-changing business environment, is by embedding a culture of ever-learning, in our very operational DNA.” 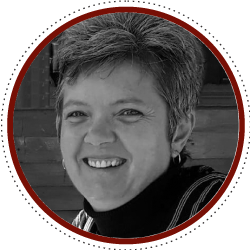 TO REMAIN RELEVANT IN A WORLD OF WORK THAT IS EVER-CHANGING, WE NEED TO EMBED A CULTURE OF LIFELONG LEARNING…

We currently have a moratorium placed on the appointment of new Organizers.

In the light of the beforementioned, we are unfortunately not accepting any further applications for part-time organizers.

Please click continue to complete the application form. We will be in contact with you as soon as the moratorium has been lifted and we proceed with the application process.